His photographs are not just of locomotives but he often took pictures that other photographers ignored such as signals, signal boxes, stations etc.

Many of his pictures are from the South of England but he travelled all over the UK including Ireland. He photographed many branch lines just before closure. The picture was taken on 19 September 1953 at Watchingwell, Isle of Wight on the last weekend of operation. 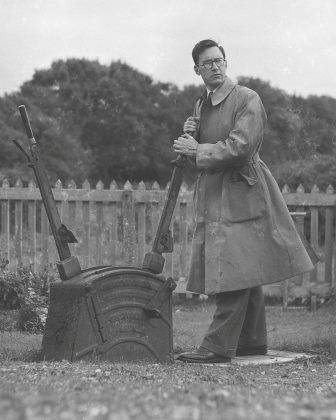