Alan Postlethwaite grew up in South London as a model railway enthusiast.

After leaving school in 1957, he completed an engineering apprenticeship in the Electricity Industry leading to an Honours Degree in Mechanical Engineering at City University.

Simultaneously, he studied Railway History at Goldsmiths College, through which he discovered the open countryside and steam railways.

He became a proficient amateur railway photographer, developing an artistic style of his own. Starting with a simple box camera, he progressed to a Zeiss Ikon folding camera (2½ in. sq.) and then to a 35 mm Voitlander Vito B with bright line viewfinder.

He developed most of his own films and hired workplace social club dark rooms for enlarging.

His photos are mostly Southern (Kent to Cornwall) with occasional trips to the rest of Britain and Europe.

He stopped taking photographs when BR steam came to an end and, in the same year, he got married.

His negatives were meticulously catalogued and stored but few were printed at the time. After taking early retirement in 1992, he started to print en masse, leading to nine railway books plus magazine articles.

In his other passion, model railways, Alan built several complex layouts and organised model railway shows in the Cotswolds where he lived from 1972. 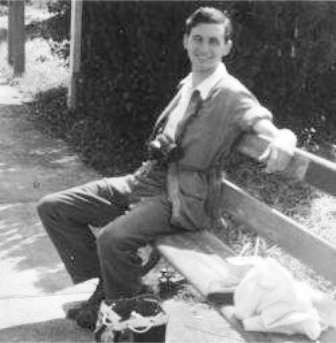